The Path of God's Choosing 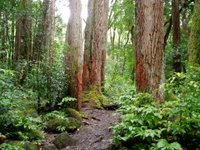 There is truly nothing random about life. We are on a journey: on the path of God’s choosing, yet subjected to the limitations of time and circumstances. Fulfillment of this journey lies in Christ alone. He is the author and finisher of not only our faith, but of our life circumstances. He works in and through our lives, defining who we are and who we can become. God is greater than our heart. He surpasses our ability to think, to make decisions, to breathe.

When I am tempted to question the path-- when I want answers I know I can’t have or when I simply can’t breathe, God remains authentic---real---enough. It seems so simple, but it isn’t always easy to live. I wish I could say that I live as if I believe this every day. I don’t. I am riddled with questions, doubts and even times where I think I won’t be whole again—but through my limited vision, I know that God has chosen this path for me and not only can see how the journey ends, he doesn’t allow me to walk it alone.

This I know for sure. 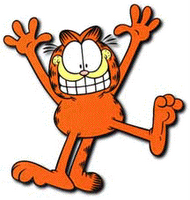 “Maturity is a high price to pay for growing up.”
- Tom Stoppard

How do you know when you are a real “grown up”? Is it when you sign your first mortgage, buy your first car or get your first job? Is it when you wake up and realize you are responsible for another human being? Or is it when you graduate from the “kids table” at Sunday dinner? I used to sit at the “kids table” during large family or church dinners which my parents often hosted. I would dream of the day I could graduate to the “grown up” table. Now, I long to be back sitting with the children at the short table, partaking in animated conversation, and devouring peanut butter and jelly sandwiches. I must admit, being a “grown up”, at times, is highly overrated.

At 44 I feel I am who I am. I have a friend whose mother recently handed out kindergarten report cards to each of her grown children. Each child opened his or her report card and read aloud what the teacher had written about them at the age of five. In EVERY case, the kindergarten teacher’s comments perfectly described these grown children. Is being grown up simply maturing in who we were to begin with?

I have made choices in my life to extend my ability to participate in childish behaviors. My profession (a teacher) allows me moments of silliness. Children often respond to silly over serious-especially when learning prepositions. My friendships require that edge of wit-not taking anything too seriously, but being present when life turns that way. My family, well, I believe lunacy is not only acceptable, but a requirement. So perhaps a conscious effort has been made on my part to maintain acceptable levels of immaturity.

Most of the time I do not feel “grown up”; however, I must admit there is security in realizing and accepting that, like it or not, I have become seasoned with maturity. I can, accept delayed gratification, I often take pride in keeping a secret rather than telling it and I face difficulties head on instead of evading them; yet, I still make silly mistakes, laugh at off-color jokes, and over-indulge at times. Most of all, I cringe at the fact that, like it or not, I have become a “grown-up”.

This I know for sure.